I decided it was time to get out my gelli plate after ages and try some quick pulls using a new stencil.  Not all my attempts were successful, but I won't be throwing anything away.  I used my 8" x 10" Gelli Arts printing plate throughout, together with one of the new A5 stencils from Claritystamp (Be Still and Listen).  It is also available in A4.
I grabbed a random selection of paints and paint colours and the Speedball brayer that I keep separate for using with paint and made a start.  For the first print, I spread some Raspberry Adirondack paint over the plate, followed by Citrus.  I then laid the stencil face down so that you can see the words reading backwards and pulled a quick print onto copy paper. 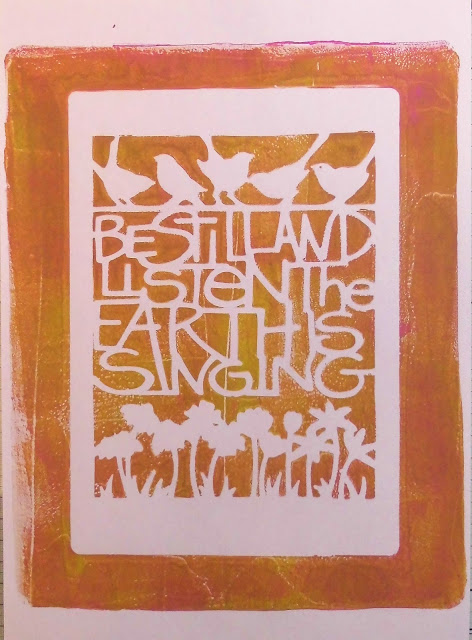 I left the stencil in place and added further Citrus paint over the top, pulling a second print. 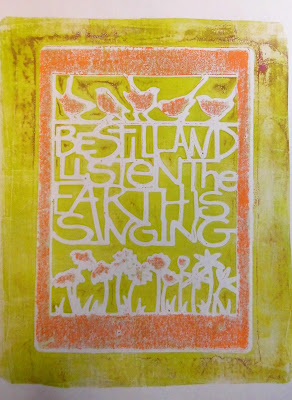 I then added Carved Pumkpin Distress paint to the plate, removed the stencil and pulled a third print.  After the third print pull I pressed the back of the stencil over the top of the second print, transferring some of the remaining paint onto the white areas. 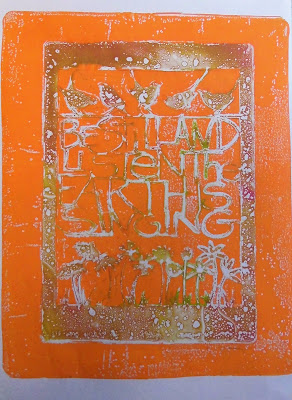 I gave the stencil a spritz with water, laid it face down onto another piece of copy paper and brayered over the back so that nothing was wasted. 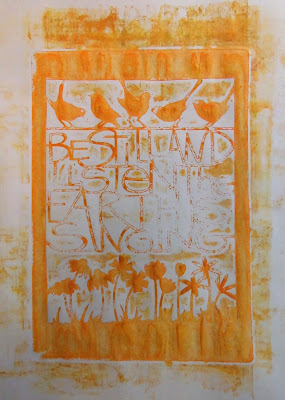 At this point, I wanted to pull a final print and clean my gelli plate at the same time.  Having allowed the paint on the plate to dry, I spread some Wild Plum Adirondack paint over the plate and pulled a fourth print.  Epic fail: firstly the paint was too thick as I had had it some time ; secondly the colour was far too dark!  I've decided not to throw the resulting print away however as I shall add further printing over the top at some time. 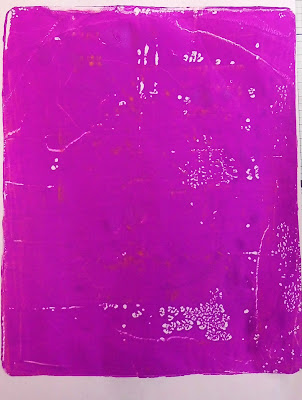 Rather than waste the paint that remained on the gelli plate, I once again allowed it to dry, then spread Pebeo Titanium Buff over the whole thing pulling a final print very quickly.  This was far more successful. 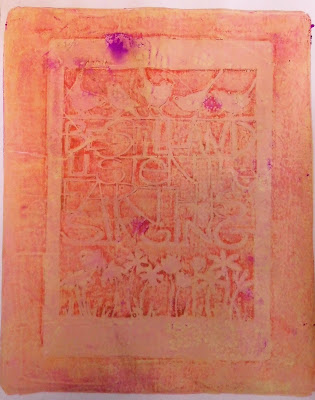 It was a most productive session as even the copy paper that I cleaned my brayer on will come in useful at some point. 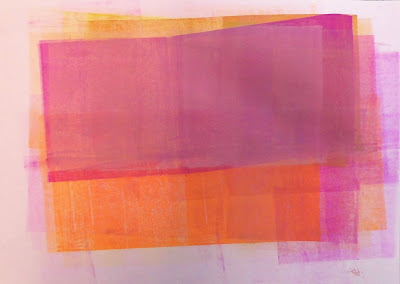