Ta and ta-ta to a great bunch of TAs

A large number of our Teaching Assistants (TAs) are moving on to pastures new; one to take up a place on a teacher training course.  I made a series of cards for everyone at work to sign and as you can tell, continued with my penchant for terrible puns. 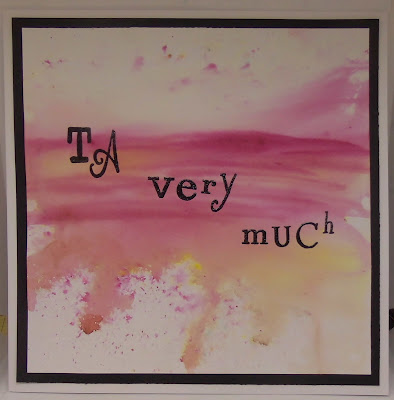 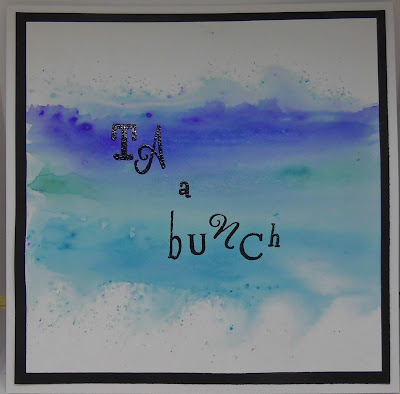 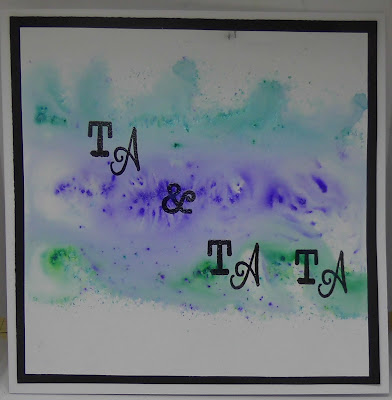 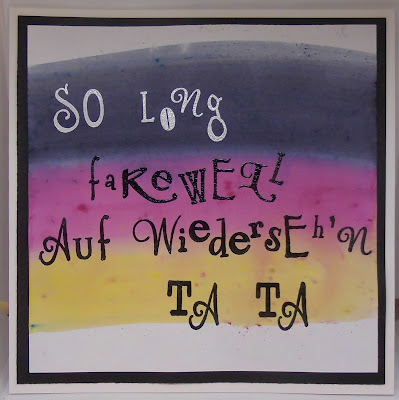 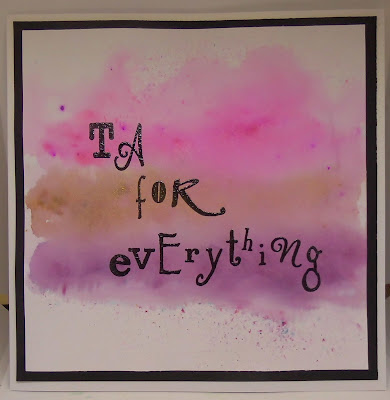 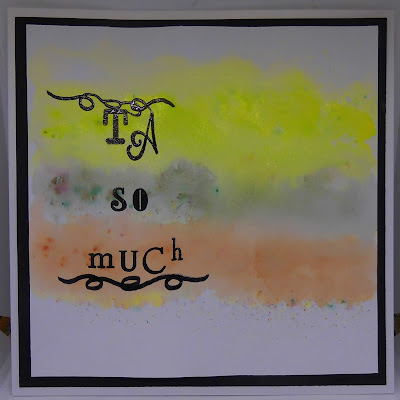 As they were all made on the same day, I used the same method for each one.  Each white panel is cut from Sheena's stamping card and measures 18cm x 18cm.  A black mat was also cut for each one measuring 19cm x 19cm.  These were all eventually added to 8" x 8" pre made white cards.
First, three different Pixie Powders or Brusho powders were added to each topper and sprayed with water.  Additional colour and water was added and the toppers tipped from side to side until I was happy with the result; occasionally I used a small brush to blend out areas.  The toppers were then dried thoroughly. 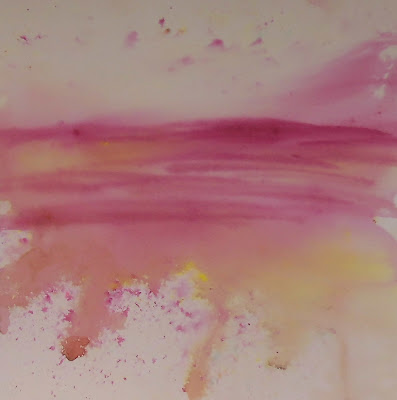 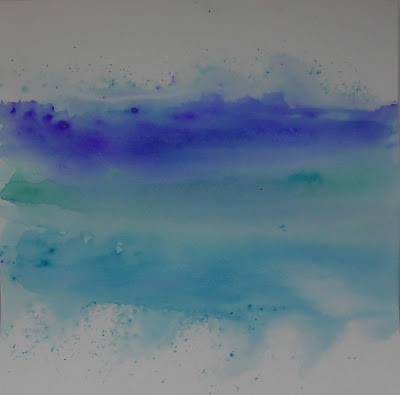 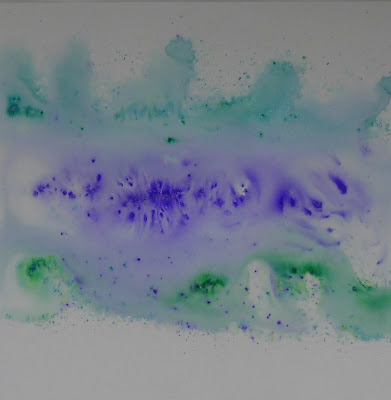 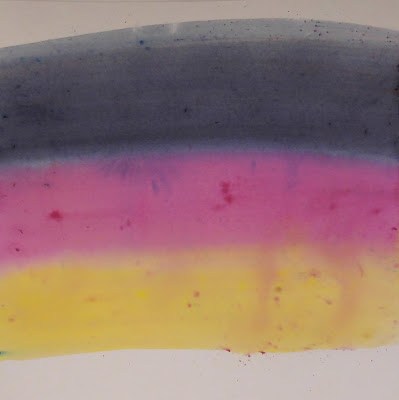 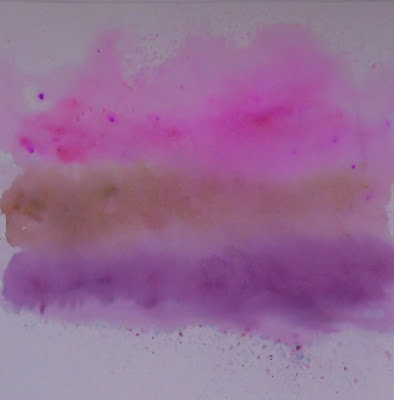 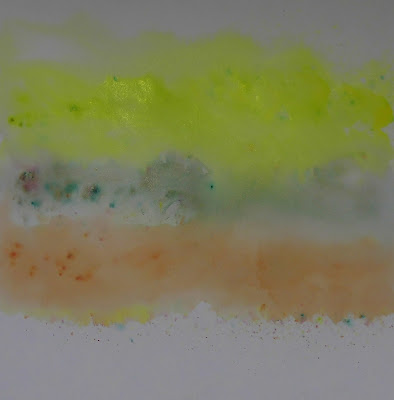 Next, the sentiments were stamped in Onyx Black Versafine ink and heat embossed in clear EP using the Claritystamp Word Chain Alphabet to build up the words each time.
The exception was the white EP used over the black Brusho powder on the German flag background. 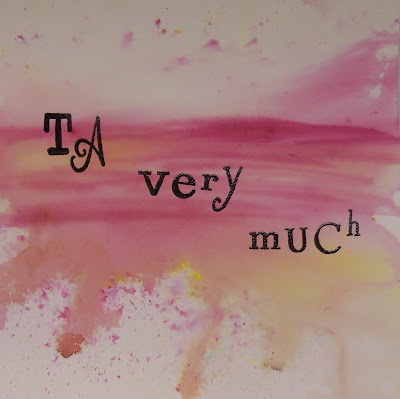 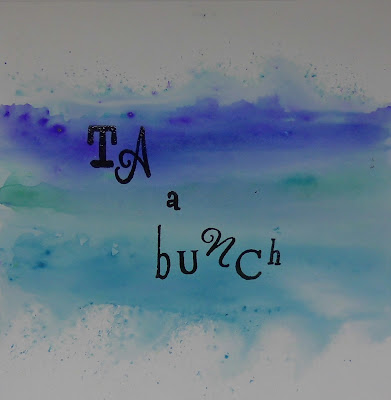 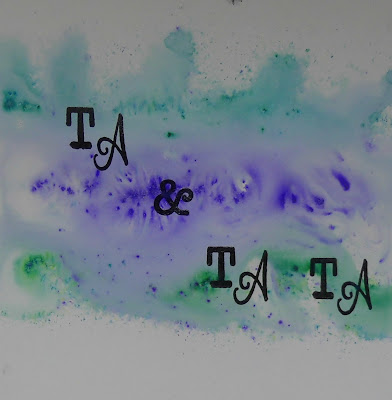 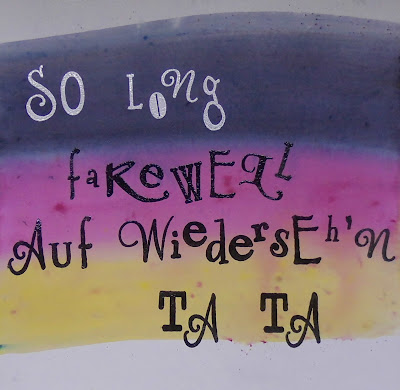 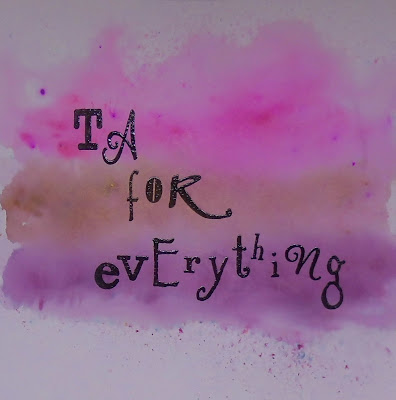 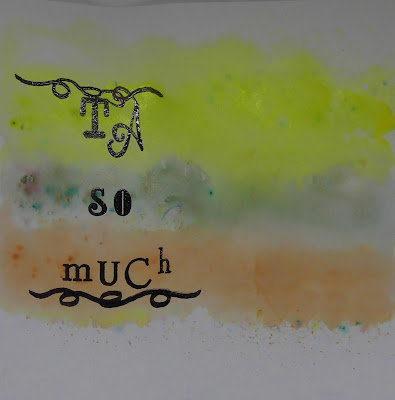 On the last topper, I had to add swirls using a black embossing pen, as I dropped the 'o' from 'so' onto the 'Ta' at the top and had to disguise my mistake.
Finally, each topper was matted up and added to the card.
Posted by Sarah Brennan at 06:58