I can safely share these now as I have been given permission to do so.  I was commissioned to make 30 invitations in pink and rose gold for a 21st birthday party.  My first task was to design three different invitations using dies that I already owned and which would look good, but not be too laborious to batch make.  The invitations were to be A6 in size (A5 folded in half). 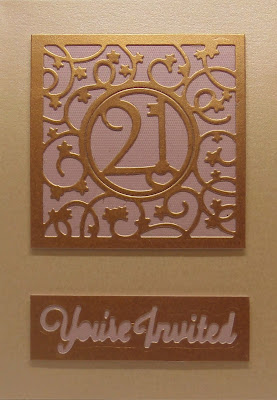 The first design used the 21 and the matching verso frame from the Pop Up Sentiments Collection by Tonic Studio, die cut from rose gold, trimmed square and matted onto pale pink.  The 'You're Invited' die by Crafter's Companion was also cut from rose gold and the negative trimmed and matted onto the same colour as above.  The card base is a soft peach/pink pearlescent card. 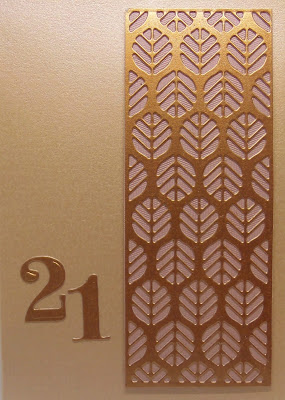 The second design used the same colour combination, but this time using the Floral Motif panel from one of the Framed Screens sets (also Tonic Studios) as well as the numbers from the Advent Drawer Deco die set. 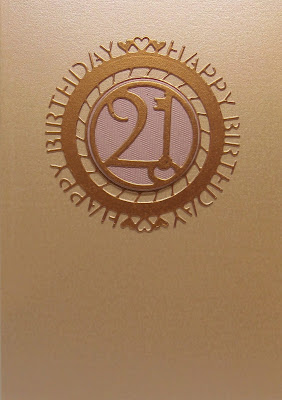 The final design used two of the dies from the Happy Birthday Circle die set designed by Sue Wilson for Creative Expressions and the 21 (Pop Up sentiments set from Tonic studios) die cut from Rose Gold with the 21 matted onto pink (Tonic Studio circle dies) and added with pads for extra dimension. 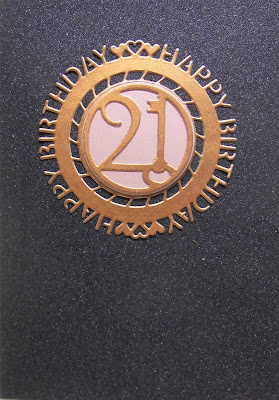 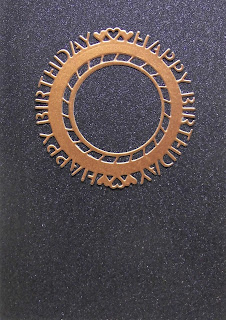 This is the design chosen by the birthday girl, although she opted to change the base card to a black glitter card.

The inserts were printed using a laser printer and foiled in light pink using my Heidi Swapp Minc machine.  These are not shown for obvious reasons, but gave a final, classy finishing touch to the invitations.