This is one of my most popular blog posts and looking back one of my favourite projects too.  I wanted to use a layering technique on a card, using Distress Oxides for the base layer.  At the time, I had also received the fabulous Peacock and Peacock Feathers stamps designed by Linda Williams for Claritystamp and wanted to see how the new extra fine line art worked with embossing powders.  The results were amazing and the photos really don't do the card justice! 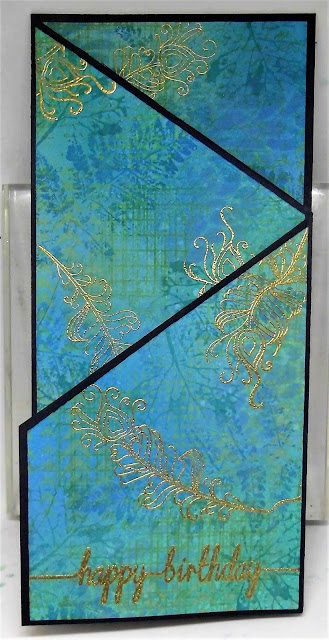 I hadn't made a tri-fold card for some time.  Using a scoring board, a piece of A4 dark blue card was scored on the DL line.  Using a ruler and a knife, a diagonal line was cut, starting at the top of the score line and finishing 7cm from the bottom of the opposite side.  Another DL line was scored to divide the card into three.


To make the toppers, I cut a piece of large Clarity stencil card into three strips 9.4cm wide.  The first one was trimmed to 20.5cm in length for the back panel.  To shape the others, I laid them over the panel that they would later be adhered to, left a 0.5cm gap at the bottom, drew a line using the base card as a guide and then cut along the line.  When the topper was laid back into place, there was a 0.25cm gap both top and bottom with all edges parallel to the base card section. 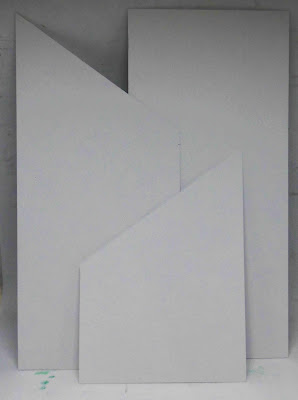 For the first layer of decoration, I blended Broken China, Mermaid Lagoon and Peacock Feathers Distress Oxides over each panel, spritzed lightly with water and dried thoroughly with a heat gun. 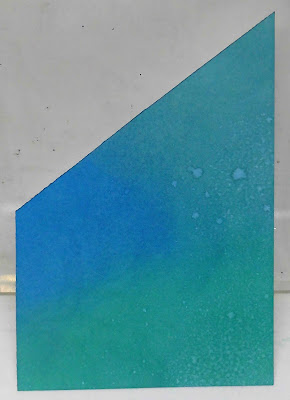 Next came stamping in Archival inks (Paradise Teal, Forget-Me-Not, Leaf Green, Fern Green and Manganese Blue) using one of the Ledger Script stamps, two of the Leaf Prints and two of the Mixed Media stamps (all designed by Tim Holtz for Stampers' Anonymous.  This would work equally well with the Clarity Mixed Media Journal stamps. 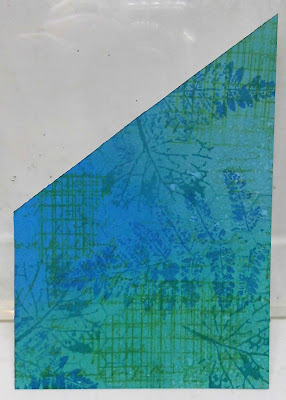 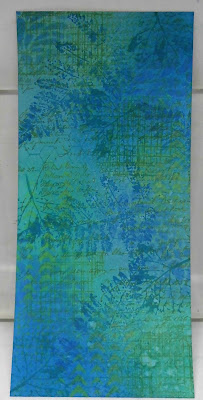 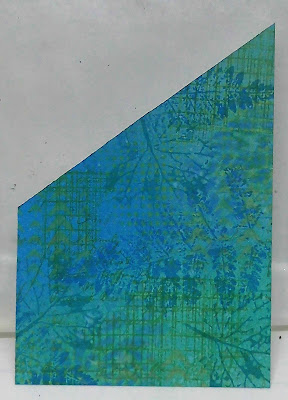 For the final layer of decoration, the peacock and the three larger feathers from Linda's Peacock Duet were stamped in Versamark ink and heat embossed with gold embossing powder.  The Happy Birthday from the Line Sentiments 1 set (all stamps in this layer are by Claritystamp) was added to the bottom of the smallest panel. 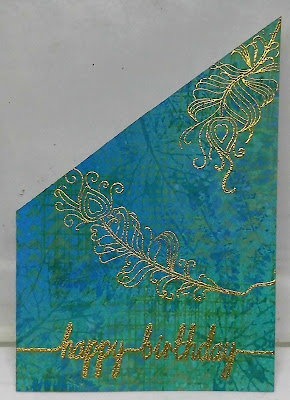 It only remained to add the panels to the base card. 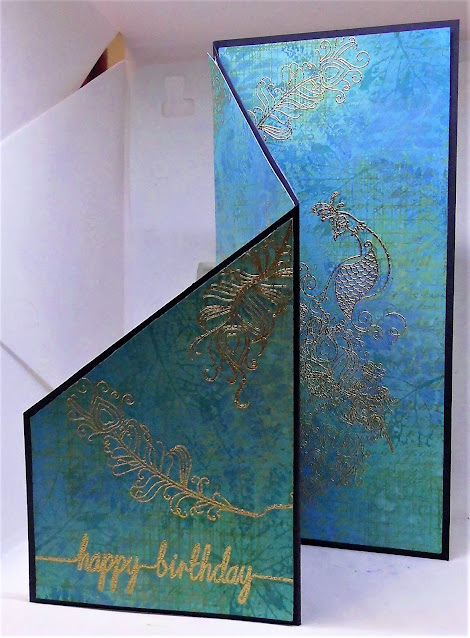 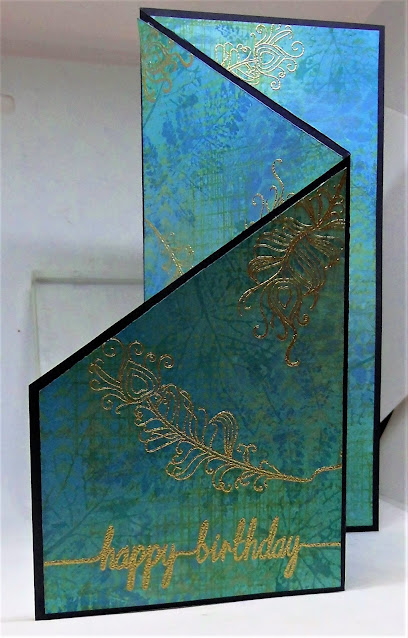 How pretty. Barbara's new background stamps (wildflowers) would look lovely as background too, wouldn't they? I do like the colours you used too. TFS