I made good use of the mask which comes with this phoenix stamp from Clarity to create a coloured panel.  It's a technique which could be used to create a card for any occasion. 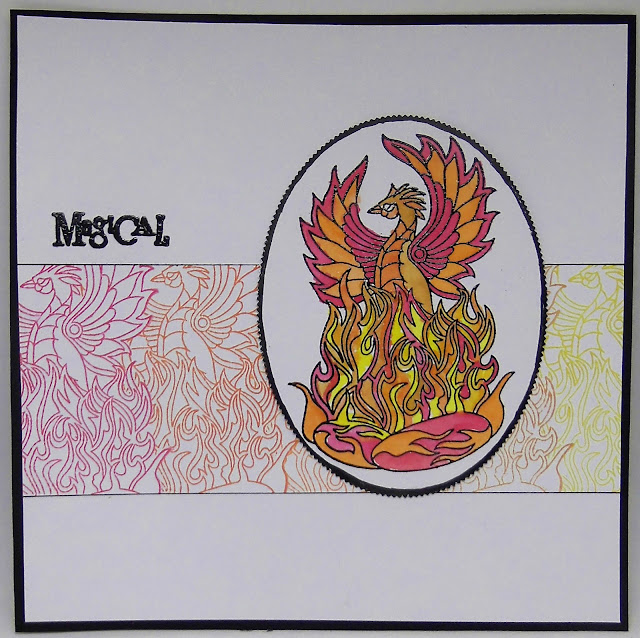 I started by masking off the top and bottom of a piece of 7" x 7" Clarity stencil card using some of the blank mask sheets, leaving a 2.5" aperture. 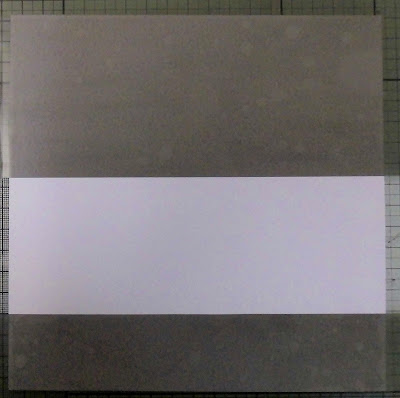 I then Stamped the Phoenix stamp along the opening using (from left to right), Blaze, Fall Fiesta, Orange Popsicle, Cinnamon Tea and Hay Stack Artistry inks, masking and overlapping each image in turn. 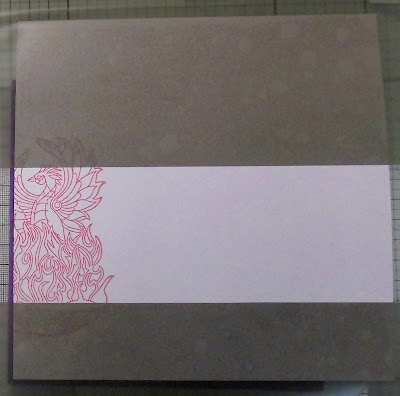 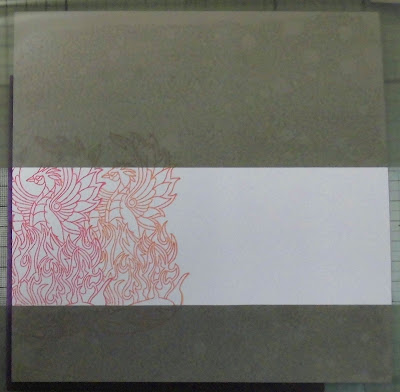 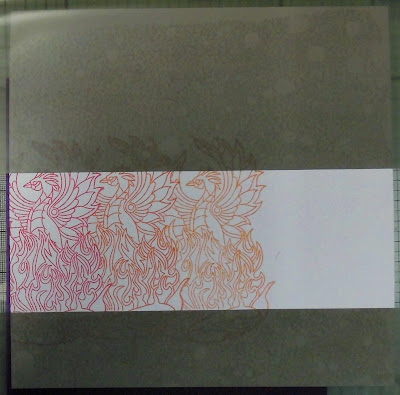 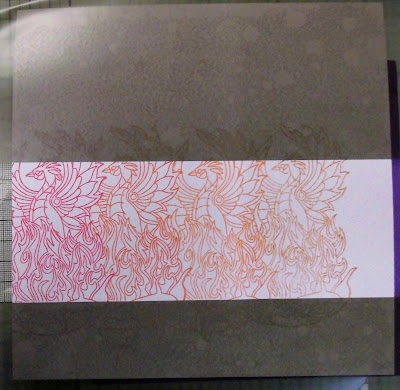 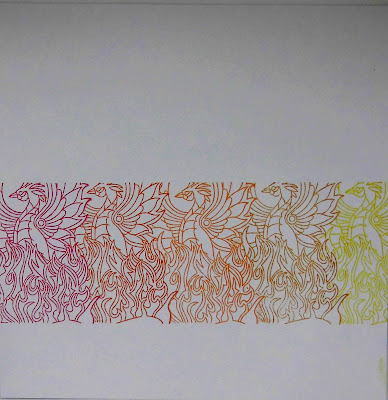 I used a black fine liner along each edge of the inked section once the masking had been removed. 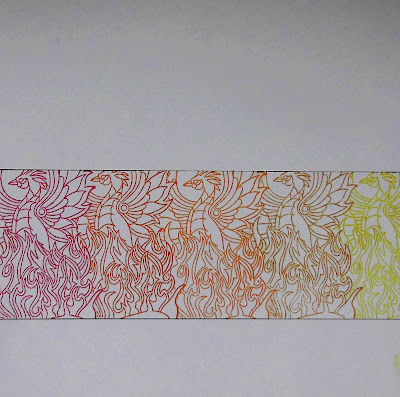 For the topper, I stamped the phoenix onto a separate piece of stencil card in Onyx Black Versafine ink and heat embossed it with clear embossing powder. 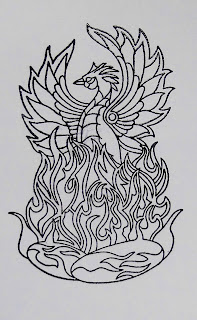 The image was die cut using the middle deluxe oval picot die from the set. 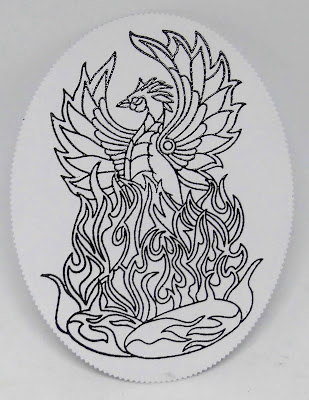 I coloured the image using the same inks used to create the background and a water brush, then edged the oval using a black pen. 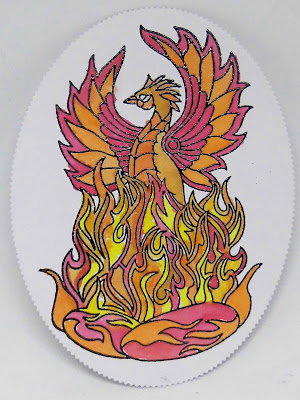 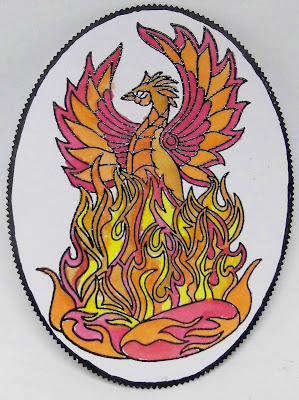 Before adding the topper to the background, I stamped 'magical' from mini word chains 7 & 8 above the inked panel in the same way as the phoenix topper. 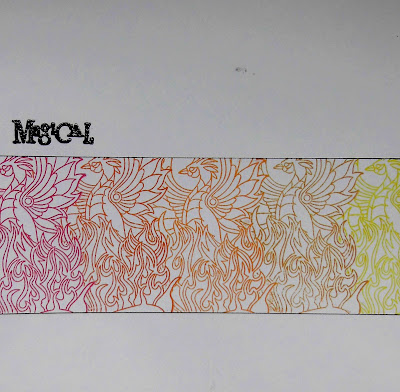 The background was trimmed to fit a 7" x 7" black card blank. 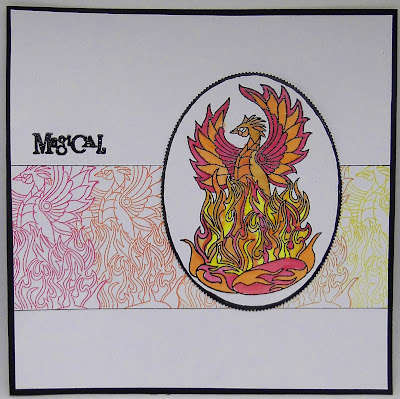