Today is my eldest son's birthday and this is the special card which I made for him.  As he has an autumn birthday, I used seasonal colours.  Happy Birthday son! 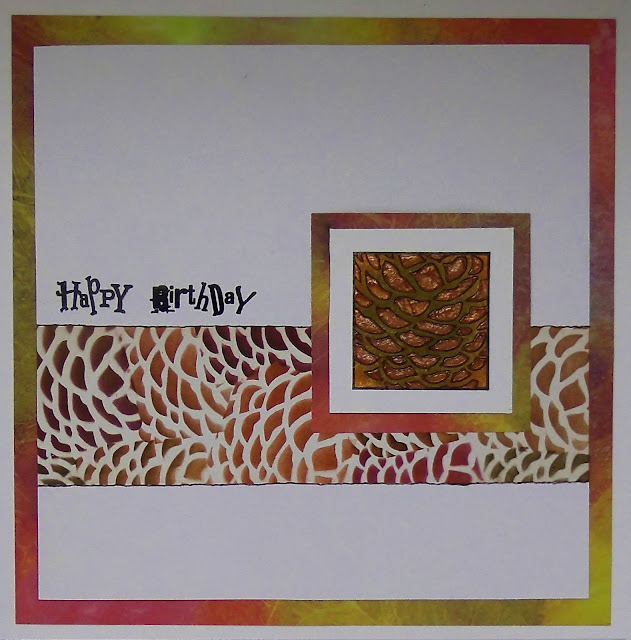 I started by masking off a panel on a piece of Clarity 7" x 7" stencil card.  Using a stencil brush,  I lightly blended Rusticana Artistry ink over the area. 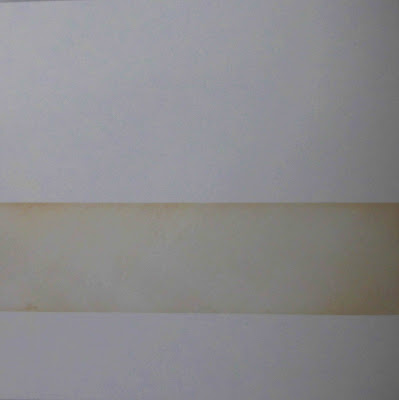 Using the stencil from the Pinetum 3 way overlay tile set by Claritystamp,  I started adding detail to the inked  area.  I used combinations of Fine Wine, Burnt Umber, Cranberry Crush, Fall Fiesta, Cinnamon Tea, Rusticana and Rich Mocha Artistry inks.  For each pine cone I used two colours.  The first colour was blended on using one of the Clarity stencil brushes, working in two directions.  A second layer of highlights was then added by only brushing lightly in one direction each time.  I used pieces of masking tape on the stencil to ensure that the images didn't overlap. 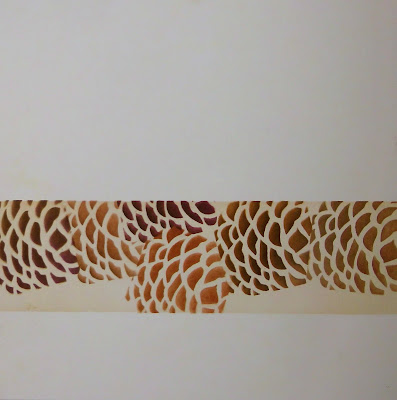 I continued this process until the whole panel was covered (masking off the rest of the stencil card after each photo was taken). 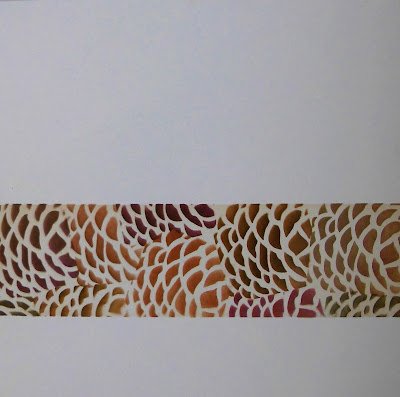 For the focal image I stamped the outline stamp from the same set in Acorn Archival ink. 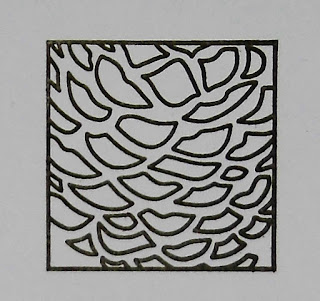 For the next stage I used my stamp platform and the background stamp.  First I added Rusticana Artistry ink. 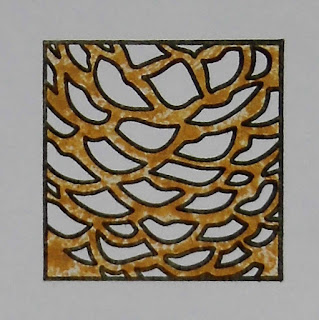 Next, I added Cinnamon Tea ink around the edges of the stamp using a blending tool. 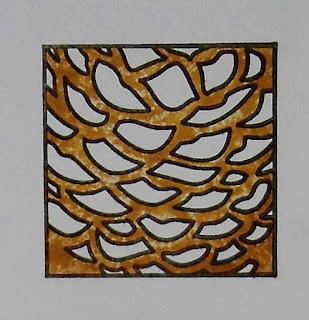 Finally,  Rich Mocha ink was added in the centre. 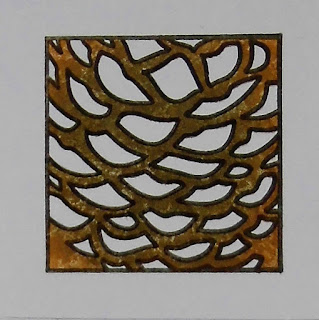 Rather than use the third stamp from the set,  I finished off the topper by dragging Copper Dreamweaver embossing paste through the stencil to add a 3D textured effect to the pine cone. 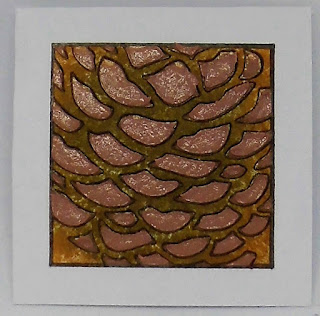 While the paste was drying,  I added squiggly lines in dark brown ink along the sides of the panel on the background piece. 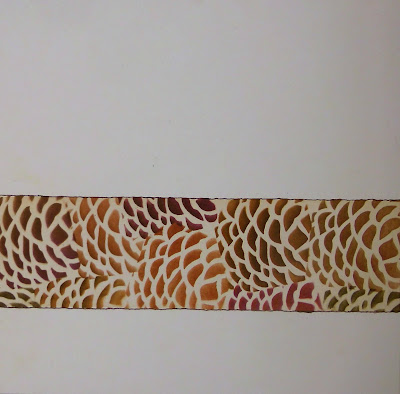 Once the topper was dry,  I trimmed the sides to give a 7mm white border all round and added it to a piece of the Clarity Northern Lights Designer paper (die cut using a 7cm square nesting die from the middle of an 8" x 8" piece). 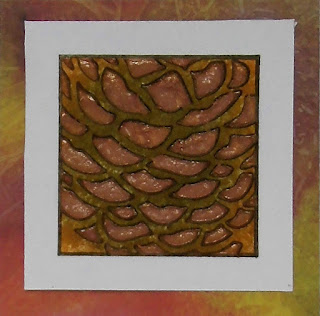 I trimmed 0.25" off all four sides of the background panel and added it to the remaining piece of the same Clarity Northern Lights paper.  This was trimmed to leave a 1cm border all round.  The background was then added to an 8" x 8" white card blank. 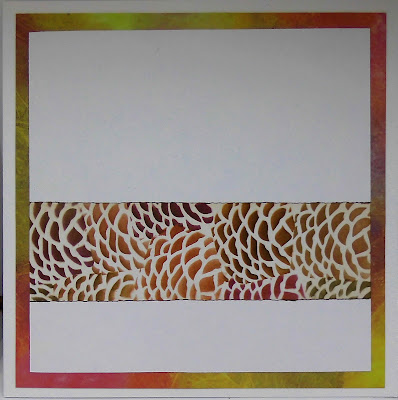 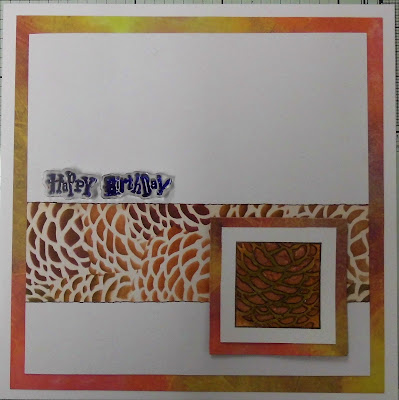 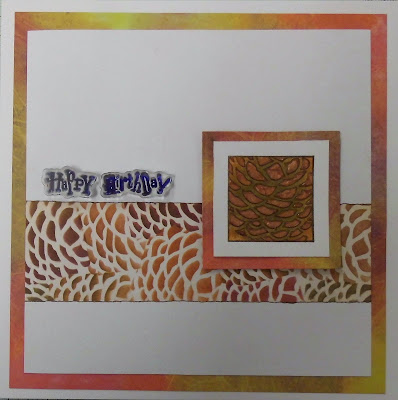 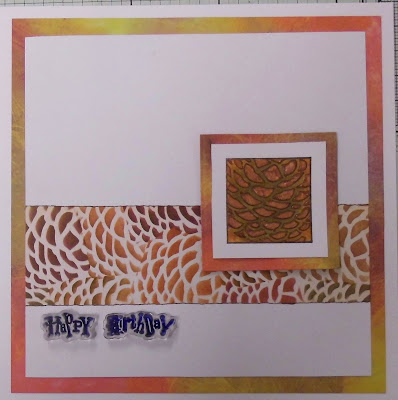 Having decided on my layout,  I stamped the words one at a time in Acorn Archival ink using my stamp platform. 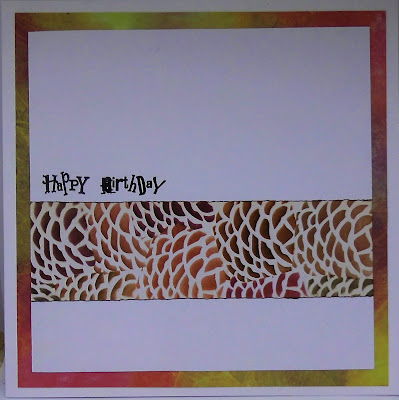 The topper tile was then added to finish off the card. 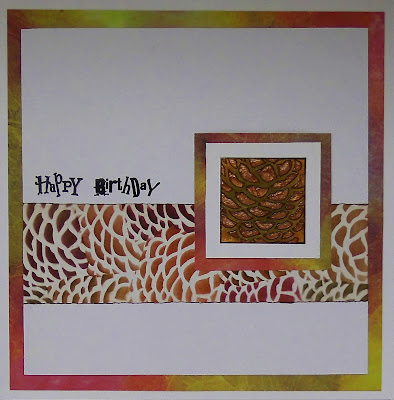 My son has received his card so it is safe to share with you all now.  I hope you like it as much as he did.
Posted by Sarah Brennan at 07:40